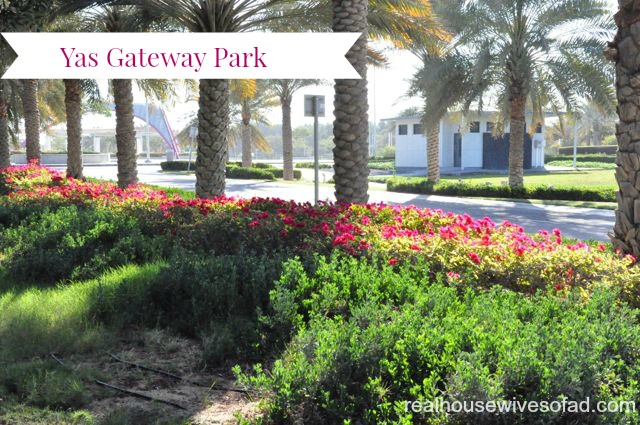 There are a lot of parks in Abu Dhabi, however, there are a few that I am always surprised people do not know about. One of these is Yas Gateway Park. This park has the same effect on people. Everyone who actually goes there feels like they have found a hidden treasure.  When people mention it, the tone in their voice changes to one of excitement and discovery, “Hey, did you know that there is a park at Yas?”  I can easily recognise it because I sounded exactly the same after I first visited the place.

In my opinion, Yas Island in general is the most landscaped and underused place in Abu Dhabi.  The entire island has pavements that are perfectly maintained and manicured with colourful bougainvilleas lining its paths.  On any given day you will see maintenance workers diligently keeping the streets looking their best for an audience that is driving by in their cars on their way to IKEA or ACE. Unless it is for an event, I rarely see anyone walking the pavements.  If I go up early on a Saturday morning, I will see the Abu Dhabi Striders out for their weekly long run which does give a sense of contentment that at least some people are making regular use of this gorgeous area.

I have lived in the area for a while and have seen the signs for Yas Park for a few years now.  I just thought it was part of the expansive parking lots needed for the annual Formula 1, so I never really gave it much thought. The expansive green space can be seen from either sides of the Sheikh Khalifa highway.  One day I decided to take my kids up there to kick the ball around and what I found was more than I expected.  Yes, it is used for the car park during F1, but it has so much to offer residents.  Especially those that live nearby (off island residents). Yas Gateway Park is divided into 2 sections:  Yas Park North and Yas Park South.  Both are heavily landscaped and make the perfect setting for a family outing.

Located on the North side of the Sheikh Khalifa Highway, this part of the park is my favourite as it has 2 covered playgrounds side by side. One is for a younger child and the other park is for an older child, however my kids are 2 & 4 and we play in both parks.  It has a variety of playground equipment that will keep the children entertained for ages. Climbing, running or playing in the sandbox – kids will love visiting this place. 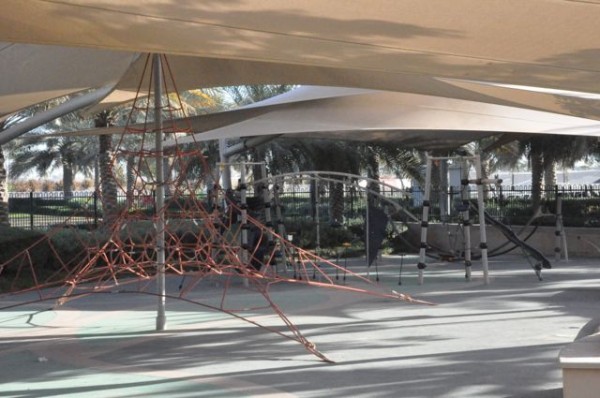 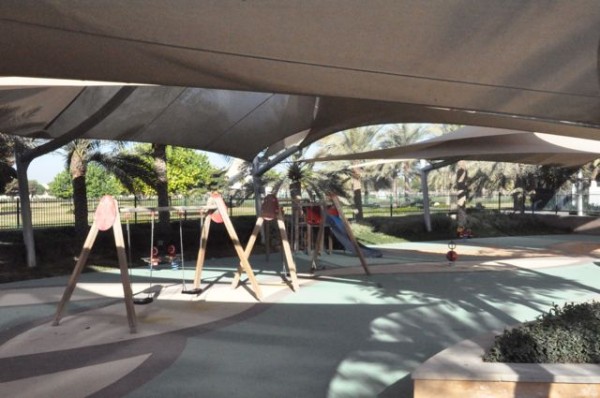 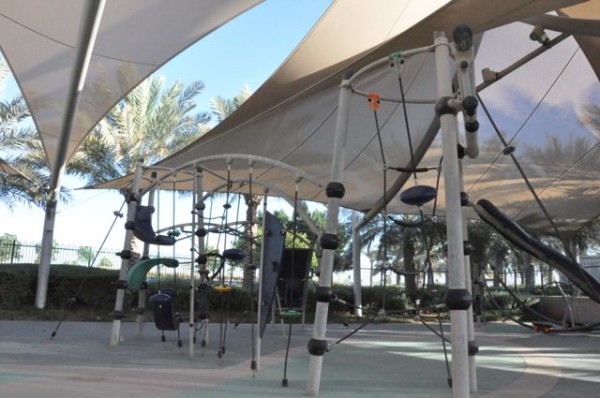 There is a very inviting grill section, however, upon closer inspection it looks more like hotplates. Unfortunately, people still try to grill on the hotplates which can cause the charcoal to build up. Without proper instructions in place, I think I would skip the grilling. 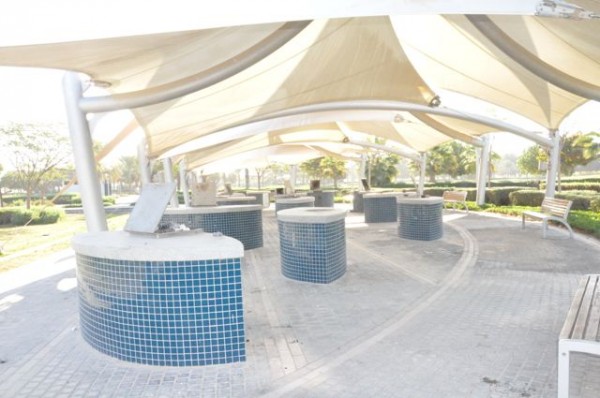 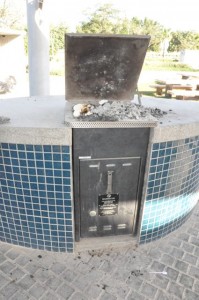 There are two open fields which are perfect for kite flying, playing soccer, or enjoying a picnic.  I have enjoyed Tim Horton’s breakfast bagels with my family as we watched the planes go by.  With Abu Dhabi International airport nearby, it is the perfect place to sit back and watch the planes which kids love! 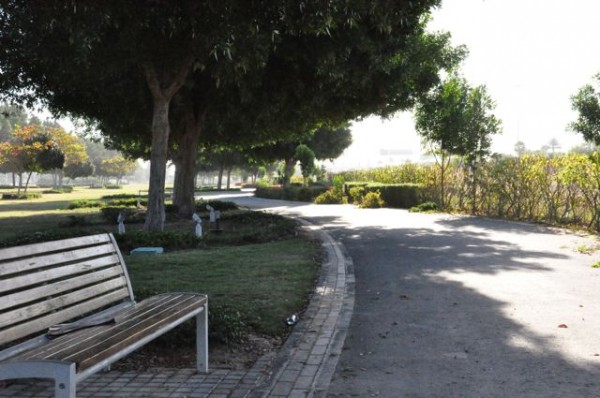 Located on the south side of Khalifa Highway, this park seems easy to find but one could get lost in the maze of parking.   I have often heard about the tennis courts at Yas but never could find them myself.  Determined to find these courts, I set off and after doing a few loopty loops in Yas Park South carpark, I finally found the correct entrance and found the tennis courts.  When I arrived the courts (except one) were in full use.  I hadn’t ever seen that many people at Yas Park on any of my other previous visits, so it was reassuring to know others are using the facilities too. 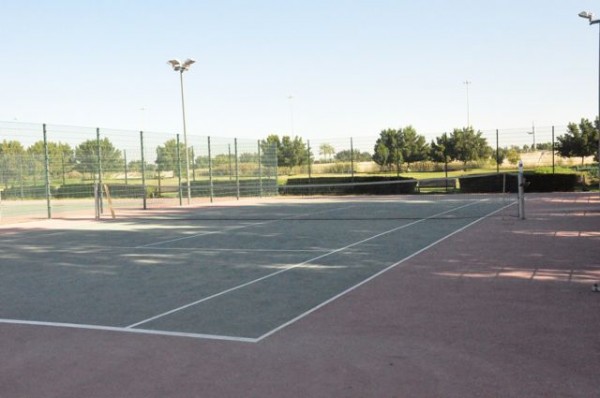 Like the north section of the park, the south side has the same landscaped paths with benches located periodically along the route. It would be so lovely to sit in the cool shade and read a book.  The sound of birds chirping, the smell of fresh cut grass in the air and the lush green foliage will make you forget that you are actually in a desert. Can you imagine yourself unwinding in such a lovely area? So if you do not have little ones in tow, this place makes a perfect retreat.

Both sides (North and South) are connected by trails and pathways making it the perfect place to head on up with the family to walk or cycle.  I have seen people walking their dogs up there too.  This park has never been busy when I have visited which makes it so enjoyable.  The paths are lined with trees providing shade which create a cool and relaxing haven.

There are a few downsides for this park.  One is that is can be confusing to navigate around. I have often taken a wrong turn and found myself driving in circles trying to find an exit. The roads sometimes go from road to path. Sometimes I am not sure if I am driving in the right area, which hasn’t been a problem because there is usually no one around. There are toilet facilities, however, they are all locked up.

If you have not been, this is a place you should visit at least once. Bring your bike, scooter, picnic, dog, running shoes, kite, soccer balls..whatever you need to make use of this great outdoor space.

How to get there:

From the E12 take exit for Yas Park East.  Follow the signs to whichever side you want to go to (Left for North, Right for South). The parks have more than one entrance but I have highlighted with stars which one you should use. 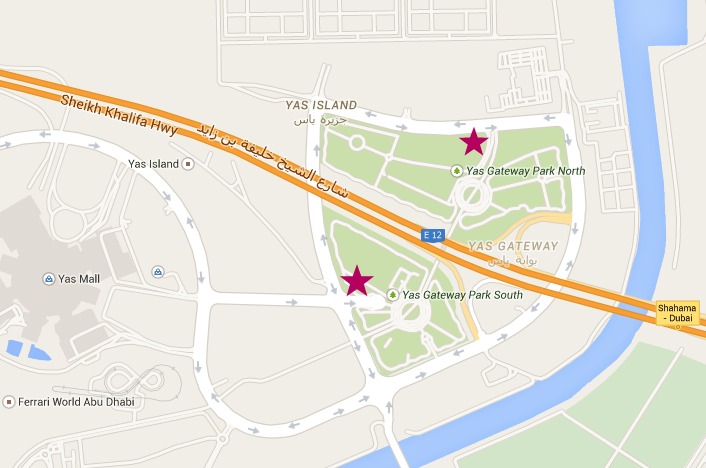 Have you been?  What are your thoughts about Yas Gateway Park? 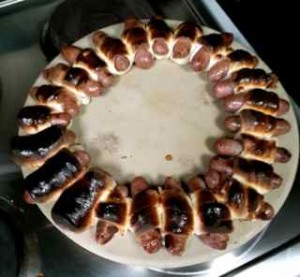 Bring On the Chef in You 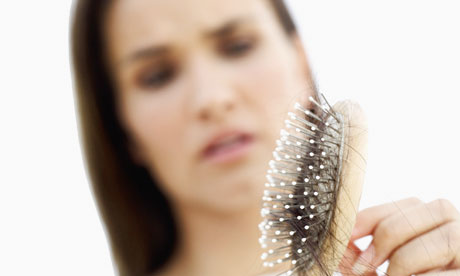 Losing Your Hair? Here’s what helped me 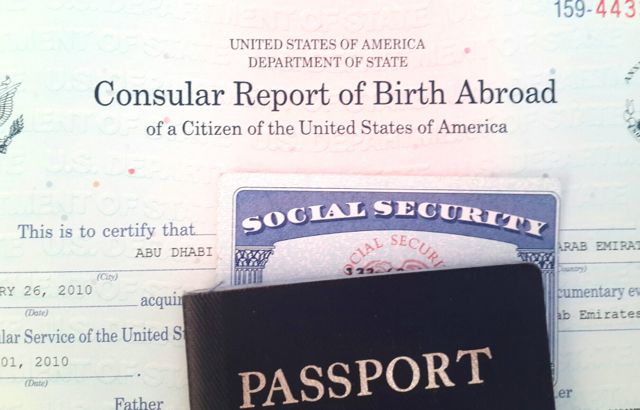 Reporting A Birth Abroad – US Citizens 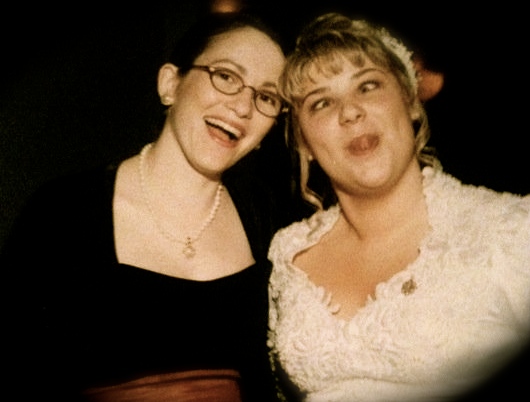 My Best Friend is an Expat!